Do you dream of being a film star? 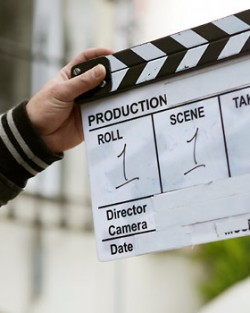 Meladrama Acting School and Agency are branching out into film production and have teamed up with multi-award winning international screen-writer and director, Simon Powell.

Simon worked as a professional actor and TV presenter before moving behind the camera to work in TV production. Starting as a researcher he eventually became a Director and has worked across a range of programming from comedy, entertainment, drama and documentary.

Meladrama will be running a series of acting for TV and film workshops during their classes this year, each culminating in a short film that students can then use on their showreels, and are always looking for new talent to join them.

Simon says “I am really excited to be working with Meladrama and believe we can offer a unique opportunity to learn about film production as well as giving actors the chance to hone their acting skills in a variety of roles, offering a fun, rewarding and educational experience. We will be filming multi-cam, and students will also get the chance to develop skills behind the camera, whether that’s trying their hand at directing or operating the boom mic, it’s the best way to find out how things work.”

Founder of Meladrama and TV actress Melanie Ash says “this is an incredible opportunity to find out exactly what it’s like on a film. Casting Directors need our students to be industry ready and we even want our youngest students to be ready for that call!”

Our patron and former pupil Tisha Merry, better known as Steph Britton from Coronation Street, will also be dropping into class to share her tips on acting for TV and inspire the next generation of TV soap stars.”